The 2018 F1 season kicks off this Sunday 25th of March with the Australian Grand Prix in Melbourne.  We thought it would be a good idea to round up the essentials for this season: The cars, the changes and the rules.

Alfa Romeo last retired from Formula One in 1985 and now over 30 years later, they are back partnering with the Sauber F1 Team.  Alfa Romeo’s racing pedigree dates back to the mid 1920’s.  Since then they won and dominated several Grand Prix including the very first  FIA Formula One championship in 1950 as well as that of the following year.  Their wins also extends to other types of races from Touring Car Championships to the 24 Hours of Le Mans.  Alfa Romeo has also contributed to the success and fame of famous names in the Motorsport business.  Juan Fangio, Nino Farina and Enzo Ferrari to name a few. 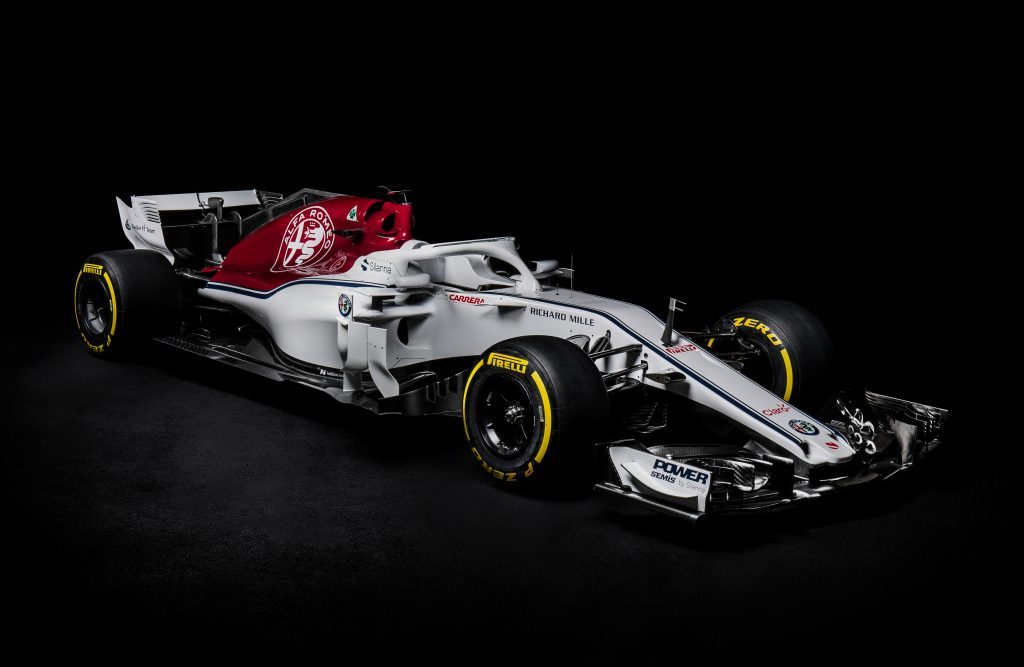 The Alpha Romeo Sauber C37 in Red and White Livery

Gone are the shark fins from last season and in comes the Halo.  The latter is a rigid structure mounted around the cockpit area of the car.  Its purpose is to protect the driver in case of an accident while also deflecting flying debris away from the driver’s head. 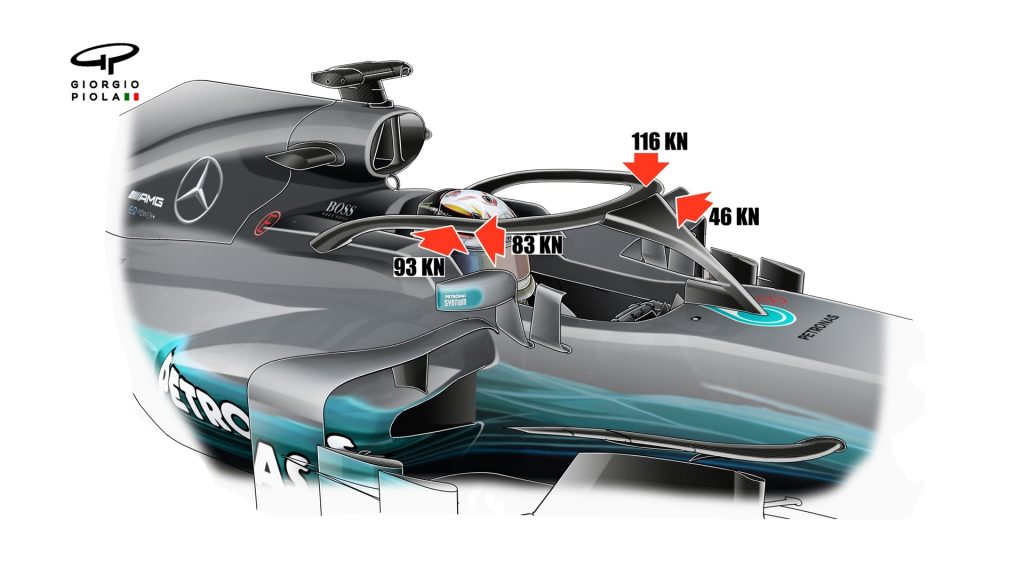 The mandatory Halo and its impact resistance requirements for 2018 – Source: formual1.com

The Halo has strict regulations involving the impact forces it can bear in different directions as illustrated above.  However teams have the freedom to modify and make changes to its surface to improve aerodynamic performance of the cars for 2018. It’ll be interesting to see what teams come up with to enhance their aerodynamic performance.

Some have funnily described the Halo to resemble a thong hung in front of the driver.  We would leave you in making your own thoughts about that.  We just hope the drivers are not too distracted by the view. 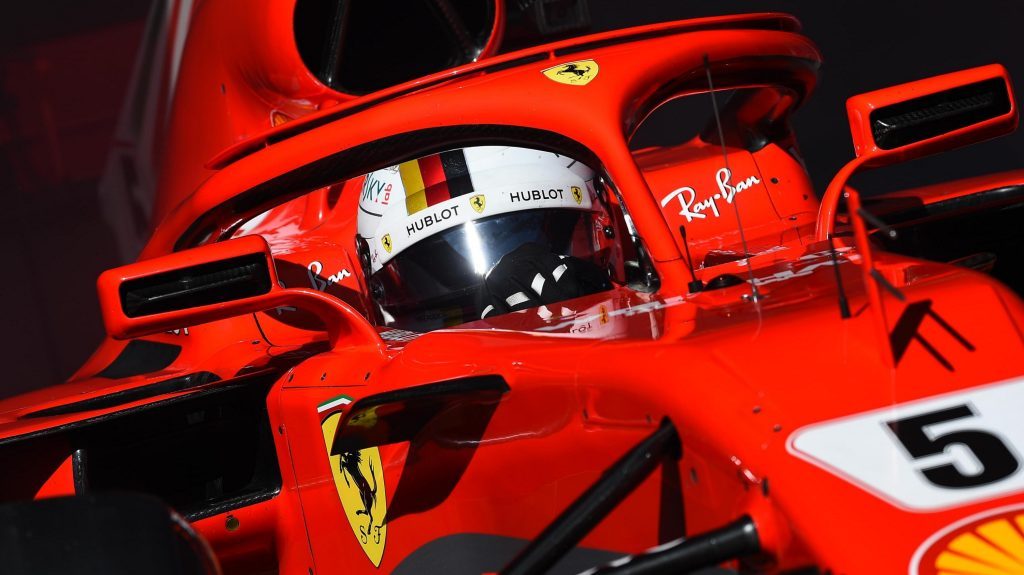 Thoughts on the Halo? Funny resemblance to a thong or not?

Pirelli, the official supplier of F1 tyres will make three types of tyres available to teams at each Grand Prix.  The change here is that those tyres will be selected from a broader range of 7 compounds rather than the 5 compounds of last year.  The tyres are also softer this year for the same type last year. 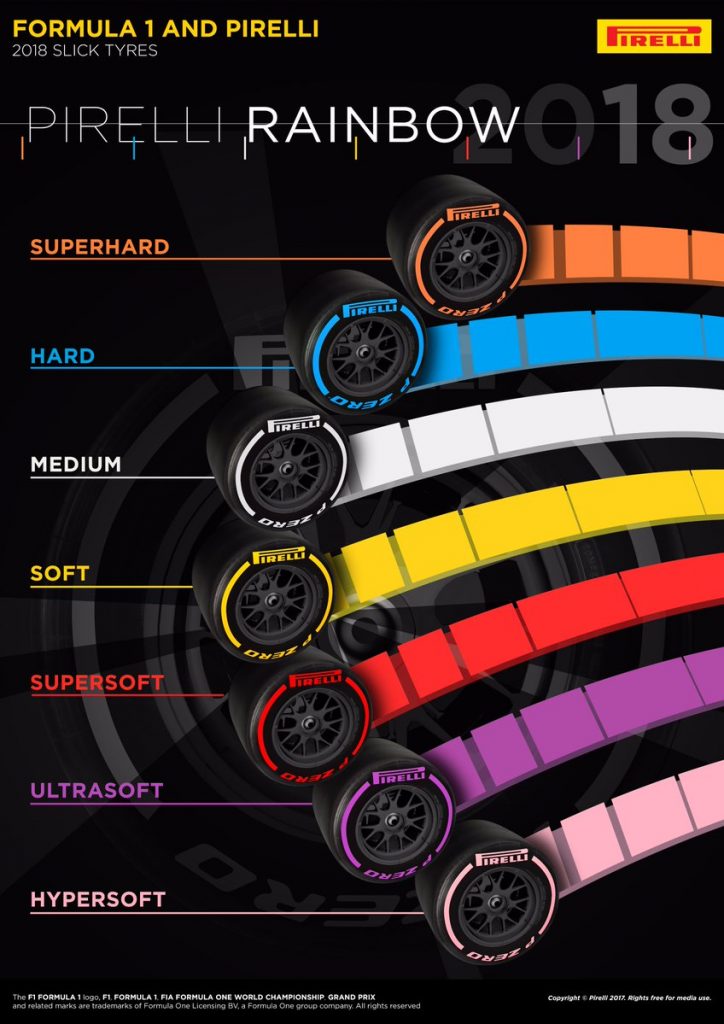 Last year the teams had to finish the season with 4 Engines at their disposal.  This year however this has been reduced to 3 engines, pushing engineers to make their F1 powerunits more effiicient than ever before.  Other engine peripherals have also some limitations as detailed in the diagram below. 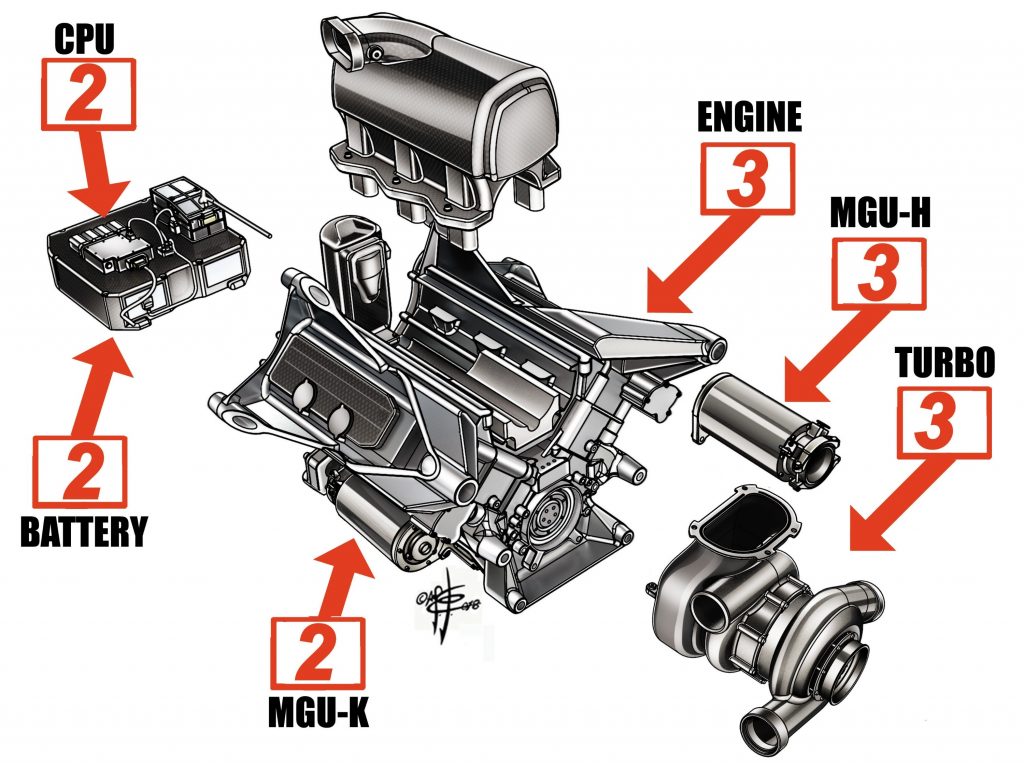 Engine and other requirements for the 2018 season – via formula1.com

Red flag rules and resuming races could be different this year.  Instead of resuming races behind the safety car, Race Control has been given the authority to re-call all cars to the grid for a standing start, should the Grand Prix come to a temporary halt with a red flag.  A procedure that would make for a fairer re-start if applied.

With all the new changes and rules, this season will surely be exciting.  Especially as the big war between Mercedes and Ferrari as well as their respective drivers Lewis Hamilton and Sebastian Vettel continues; Starting this Sunday in Melbourne, Australia.

WTF1 has made a video on YouTube giving a nice quick insight into the coming season.  Definitely worth your 3 minutes.

From Construction Worker To Being Dressed By Tom Ford