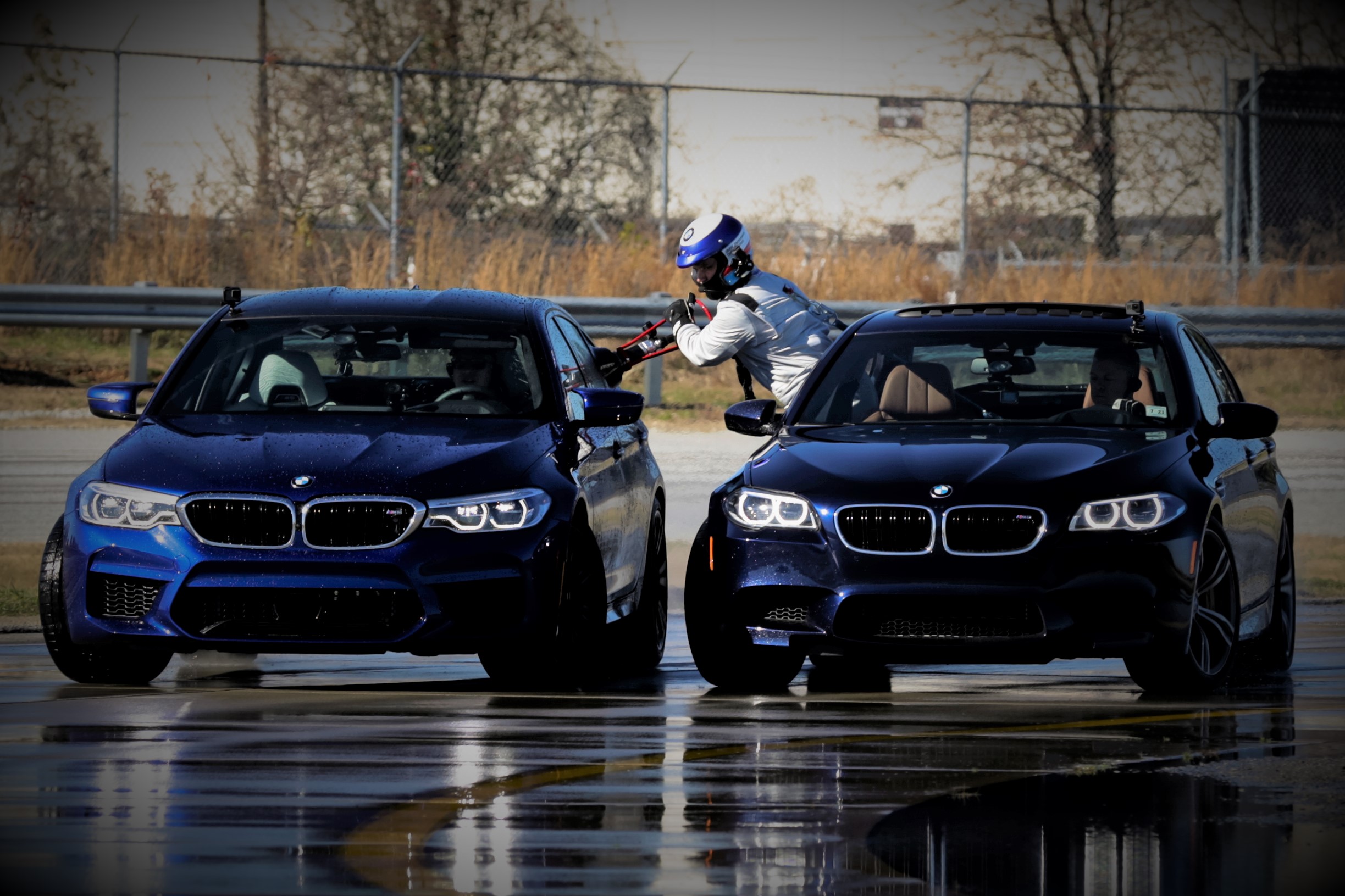 BMW has set two crazy new Guinness World Records in December of 2017.  Drifting and sustaining a drift is hard.  Two cars drifting alongside each other is harder.  Refuelling while drifting is next to impossible.  Not so for the Bavarians apparently.

BMW driving instructor, Johan Schwartz first smashed the record for the greatest distance vehicle drift.  Covering 374 km in 8 hours drifting the brand new 2018 BMW M5.  Not that this was impressive enough he went to break another record.  Together with chief BMW Performance Centre’s chief driving instructor, Matt Mullins in a previous generation F10 BMW M5, they went on to conquer the longest twin vehicle drift record.  Drifting a distance of 80 km in 1 hour side by side.

But Didn’t The Car Run Out Of Fuel?

Taking inspiration from how jet fighters refuel, both cars underwent some conversion in terms of fuel delivery.  Parts were borrowed from the aviation industry and others custom engineered in collaboration with a company called Detroit Speed.  This allowed Matt Butts from the latter company to perform his refuelling stunt while strapped to the F10 driven by Mullins and drifting alongside Schwartz.

The 2014 movie Need For Speed depicted a Ford Mustang being refueled while driving.  A stunt performed on a straight and not while drifting.  If you haven’t watched the movie we suggest you do.  In the meantime, watch how BMW has set these two crazy new Guinness World Records and how they carried out the refuelling while drifting.