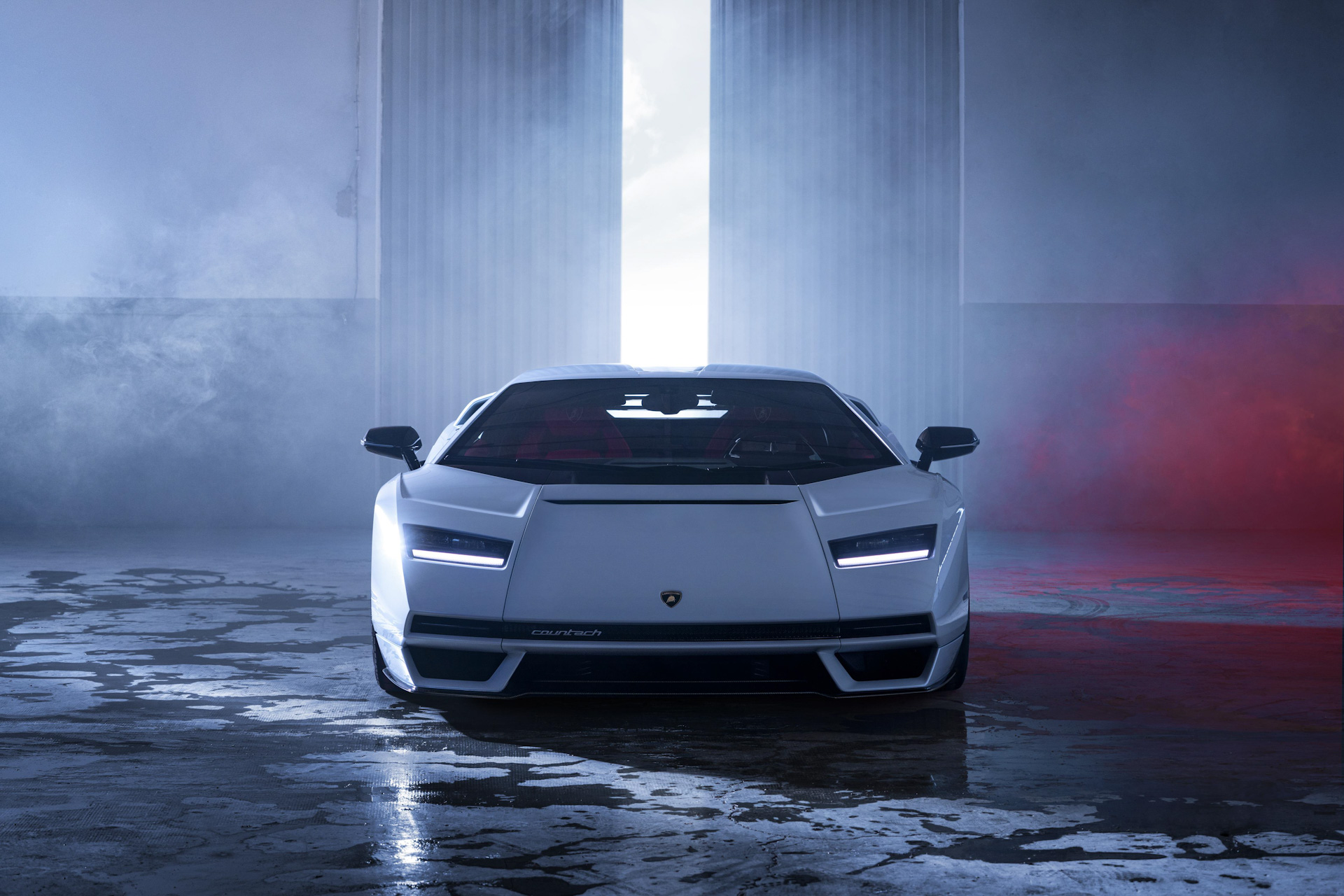 Lamborghini has revived one of its most iconic and historically important supercars in the world. A brand new, re-imagined Lamborghini Countach for the future. The car commemorates the 50th anniversary of the Countach and is a complete modern iteration of the 1970’s model. It isn’t however without controversy. Some may argue it is a re-bodied Lamborghini Sián and question whether it is worthy of the Countach badge.

A Revolutionary & Avant-Garde Design in 1971

The first Countach, designed by Marcello Gandini was unveiled in 1971 at the Geneva Motor Show. Back then, it instantly revolutionised the way supercars were designed with its wild exotic looks and insane performance; laying the foundation for modern supercar design as we know it today. It rewrote the definition of a modern supercar; making Ferraris & Porsches of that era feel rather ‘dated’. The Countach was well ahead of its time. It was a revolutionary machine.

The Countach was a completely hand-built machine. From its chassis to its body panels and even its engine. It was a manual labour of love & craftmanship giving rise to an astonishing work of wonder. One where you’d be left in awe.

In fact, the word Countach is used to express a feeling of amazement and admiration in the Piedmontese language. (A dialect used in Piedmont in north-west Italy). It edges towards being a mild swear word. Think of it as saying: ‘My Goodness!’ while trying to be polite or more like ‘Geez! or ‘Holy Sh*t!’ if we’d be more honest. An identity that truly suited the Countach back in the days.

Till date, Lamborghini uses the Countach as part of their design language. In fact, it influenced most subsequent Lamborghinis to roll out of their factory in Italy. This includes the Avendator, Sián, Huracan and even the Urus despite being an SUV.

There are works of art that always remain relevant, and the form of the Countach is one of them.

The new Lamborghini Countach blends cleaner lines and technology in a bid to create a modern-day version of a classic. But is it ahead of its time, as was the case for the Mark 1 Countach? Is it worthy of the Countach badge despite being based on existing Lamborghini cars namely the Sian and Avendator.

There is no doubt, the exterior of the car subtly reminds us of the original Countach. The new car has a sharp nose with rectangular grilles and headlights. On the sides it bears striking air intakes and the signature Lambo scissor doors, first seen on the Mark 1 Countach. The most striking feature however, in our opinion, is its rear-end and how its shape is inspired directly from the 70’s Countach.

Inside, the new car adopts a look true to contemporary Lamborghinis. It features a full digital instrument cluster with paddle shifters on its buttonless steering wheel, similar to the Sián. The centre console bears the signature fighter jet style, flip-up, push to start button.

While there isn’t anything wrong with the car’s interior per say; we think a more retro-style interior, reminiscent of the old Countach would make the car feel more special on the inside. Perhaps by incorporating a boxy instrument cluster housing the digital display would instantly differentiate it from the Sián.

Think of it as a combination of the rectangular digital instrument display found on the new Mercedes S-Class (W223) in a boxy driver dash, wrapped in leather all the way to its edges.

The new Countach is not the fastest car in world, but it certainly does not disappoint in terms of performance. Power comes from a naturally aspirated, sweet sounding 6.5L V12 and a small supercapacitor producing just in excess of 800 bhp. Zero to 100 km/h is dealt with in under 2.8 seconds from a standstill and it accelerates to a top speed of 355 km/h.

The 12-cylinder engine gloriously revs all the way to 8700 rpm. It is without doubt a quick car and a proper Lamborghini. But is it a Countach?

Does It Deserve The Lamborghini Countach Crown?

Nothing will ever replace the original Mark 1 Countach. At its time, it represented a major turning point in the conception of modern supercars. It rewrote what a supercar should be; and is a recipe used by numerous manufacturers ever since.

This limited-edition LP-800-4 is an homage to one of the motoring greats. It reiterates its historical importance. It is a re-imagination of a Countach in a contemporary context or attire. Does it matter that it is based on the Sián or Aventador? Not really! Or that its interior does not really take us down memory lane? Not at all!

With electrification more and more supercars are losing their soul. They are simply machines engineered with obscene acceleration or top speeds providing no actual driving thrills. Manufacturers would soon, if not already, compete for the best audio systems to deliver exhaust or acceleration sounds rather than engines or exhausts that make the car feel alive. Butterfly exhaust valves and engine RPM are giving away to car exhaust playlists.

The new Countach goes against current trends. Embracing electric without losing its soul. Setting the tone for future Lamborghinis.

Lamborghini has always defied boundaries. With this new car Lamborghini boldly highlights that it does not matter what the others are doing. A supercar firstly needs to have a soul. It needs to deliver thrills in terms of looks and feel. And for this reason, using the Countach name suits the new car.

The LP-800-4 does not steal the fame from its precedecessor. It highlights what a modern supercar for the future should be. It is in our opinion truly a modern-day Lamborghini Countach, worthy of its crown.

Watch The Reveal Of The 2022 Countach