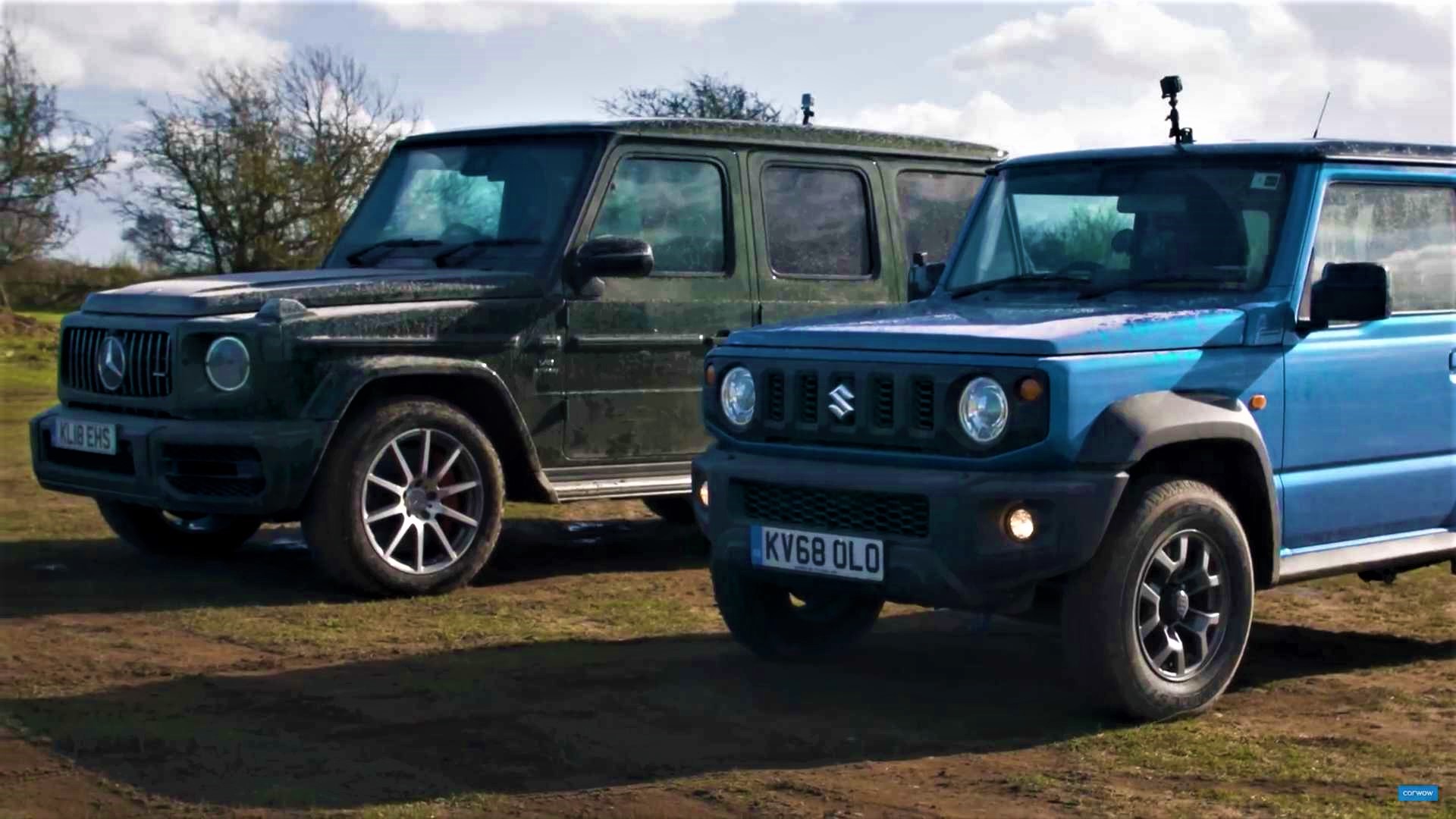 Mat Watson from carwow took the Suzuki Jimny and Mercedes G63 AMG racing off-road.  These two cars sit at two very far ends in terms of specs, amenities and price.  Will the Jimny’s tiny 1.5 L engine get close to the almighty twin turbo 4.0 L V8 of the G-Wagon, when they meet off the tarmac?

The Jimny Is Fun On A Budget

Since its announcement, the new Jimny has attracted quite some attention.  It is a rather compact vehicle for its class with promising off-roading capabilities.  It is rumoured to arrive on the shores of Mauritius within a month or two and will cost around MUR 1 Million.  We were fortunate enough to get a sneak peek of the Jimny in South Africa earlier this year and it looks absolutely stunning.  It’s got such a presence; such a cool factor.  While you obviously won’t get an uber-luxurious interior as the G63 AMG, the Jimny’s interior is aesthetically pleasing, rugged and well equipped.

The Mercedes G-Wagon needs no introduction.  It has been an icon since its introduction in 1979 and has always stayed true to its style.  It’s design has barely changed over the years and it has some bonkers performance.  Especially in its G63 form.  However its price tag is as big as its size.  It is a rather expensive piece of engineering.

Carwow attempting to race the Suzuki Jimny against the Mercedes G63 AMG may seem crazy, but you might be surprised at its outcome.  Let’s just say Mat Watson got very ambitious and had a hell of a lot of fun racing off-road.  Watch him as he tries to take on the mighty G-Wagon on a rather challenging terrain.  A terrain complete with slippery trails, mud, water and deeper waters.

We absolutely adore the G63 AMG, a sumptuous beast that doesn’t mind getting dirty.  The Jimny, despite its smaller proportions, is an equally stylish 4 x 4 with impressive off-road capabilities.  A 5 door Jimny could probably make it even more imposing against the G63 AMG and a hell of a lot more practical.  But would it be as fun?  No matter what, we are convinced the Jimny is the most fun you can have off-road on a budget.