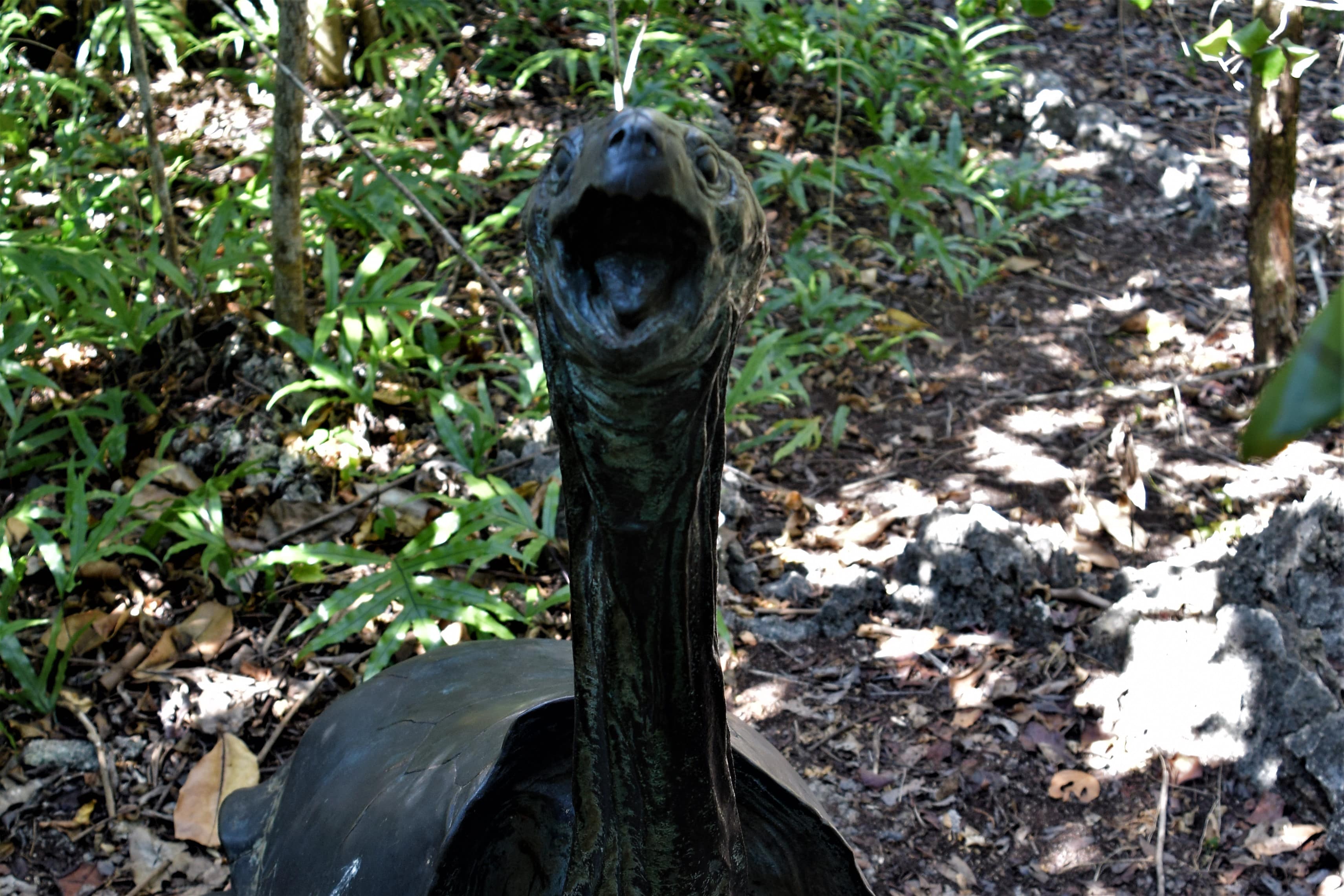 The Dodo is an endemic but sadly extinct bird that once walked the island of Mauritius.  Similarly, numerous other species bear the same fate as the Dodo; of which little is known.  And one such animal is the Mauritius saddle-backed tortoise.  One of the two endemic tortoises of Mauritius.

What Makes This Tortoise Special?

Most tortoises feed or graze on lower vegetation and grass.  The Mauritius saddle-backed giant tortoise on the other hand, fed itself in more possible ways.  It had a longer neck which made it more able to stroll around and feed on bushes or small lingering trees.

Other than its neck, the shell of the saddle-backed made it unique but at the same time, vulnerable.  The shell is believed to have been fairly thin compared to the thickness of other tortoises’ shells.  Most likely caused by evolving and living without the threat of predators until the arrival of the first humans on the island.  The latter quickly exploited them, much like the Dodo bird, for food and oil until assumed extinct around the 1700’s.

According to the book, “The Lost Land Of The Dodo”, a few of the tortoises survived further and were spotted in 1844 during the Lloyd expedition to Round island off the northern coast of Mauritius.  In 1870, Sir Henry Barkly, the then governor of Mauritius, was informed of a fascinating fact by Hon. William Kerr, who was part of that very 1844 expedition.

Mr William stated that a fellow expedition man by the name of Mr Corby captured a female tortoise during the expedition and brought it back into Mauritius.  It went on to apparently produce numerous offspring which were given to his acquaintances.  This gave a sudden hope in the survival of this species of Tortoises.  Sadly, numerous attempts at locating the offspring or possible further offspring were in vain.

It Continues To “Survive” On Iles Aux Aigrettes

No unfortunately, the species wasn’t discovered again.  But amidst the forest of Ile aux Aigrettes, a tiny island off the south east coast of Mauritius, a bronze mock up of the tortoise stands in memory of the extinct species.  The bronze depicts the tortoises’s long neck extending from its thin and smooth open ended shell.

Ile aux Aigrettes is a nature reserve protected by the Mauritian Wildlife Foundation.  They have been successful over years in boosting the flora and fauna of the island.  The island is accessible by boat and visits can be booked through the MWF’s website or by calling them.  It is also a great place to discover other extinct species (bronze) of the island of Mauritius.

Content, Articles, Videos created and curated for you by our people.  Editors, Contributors, Industry experts and Partners.
Tags: Mauritius, What to see

Patek Philippe Finally On Instagram But They Are Bending The Rules

Air Mauritius Takes Delivery Of Its First Airbus A350-900 XWB