All You Need To Know About The Jaguar I-PACE [Infographic] 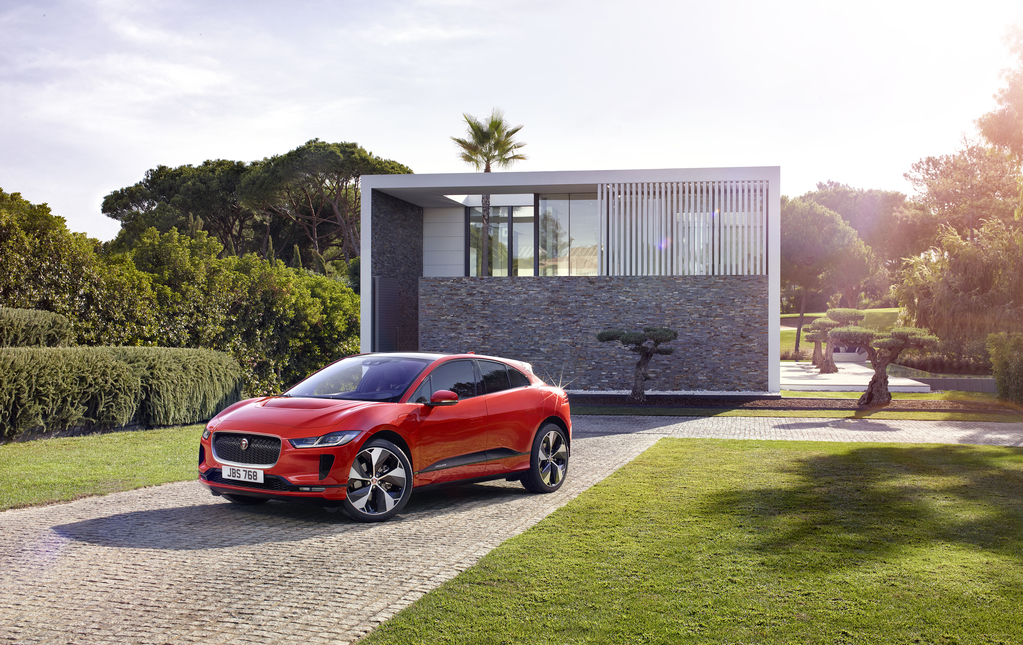 On the 1st of March at the 2018 Geneva Motor Show, Jaguar unveiled its I-PACE.  It’s the brand’s first ever full electric performance crossover SUV and unlike some of its current rivals, the I-PACE is stunning to look at from any angle.  It also packs a ton of features and performance figures that are equally as stunning.  It is rumoured to arrive in Mauritius around mid 2019.

Electric vehicles may be impressive in terms of performance but most have been lagging behind in terms of looks.  The Jaguar I-Pace however is simply beautiful.  It carries a well sculpted body with a very sharp stance.  We gathered some interesting infographics about the car from Jaguar detailing the car’s electric performance, cabin features and Jaguar’s commitment to quality. 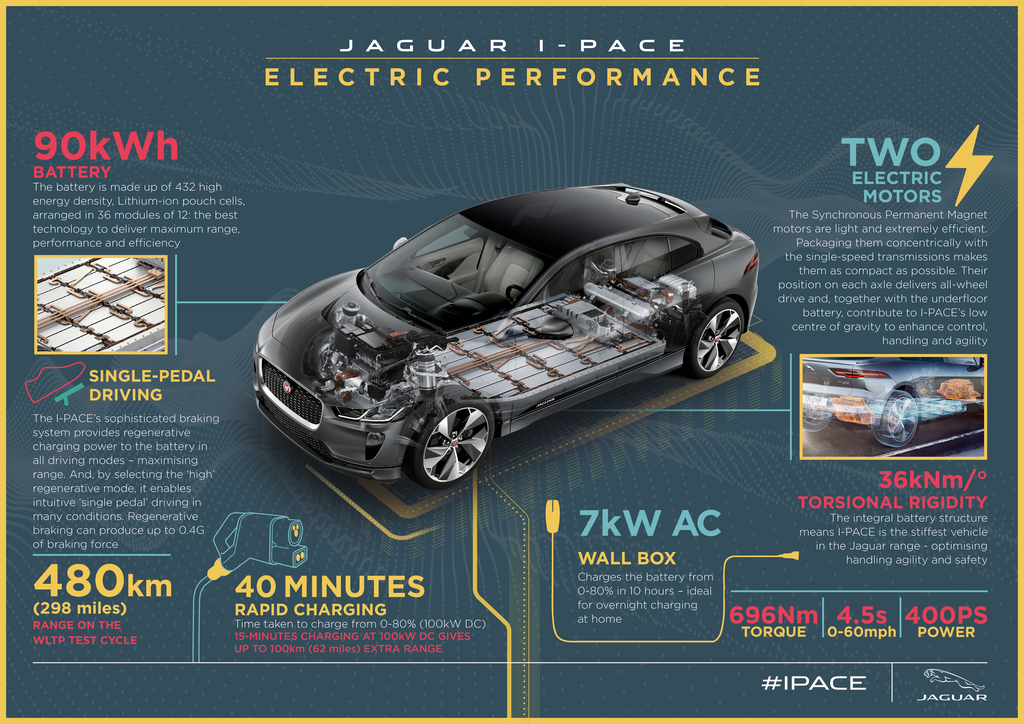 Electric power is somehow, somewhat crushing old school petrol performance.  A Porsche 911 Carrera accelerates to 100 km/h from a standstill in about the same time and packs less power (370 PS) as well as less Torque (450 Nm). 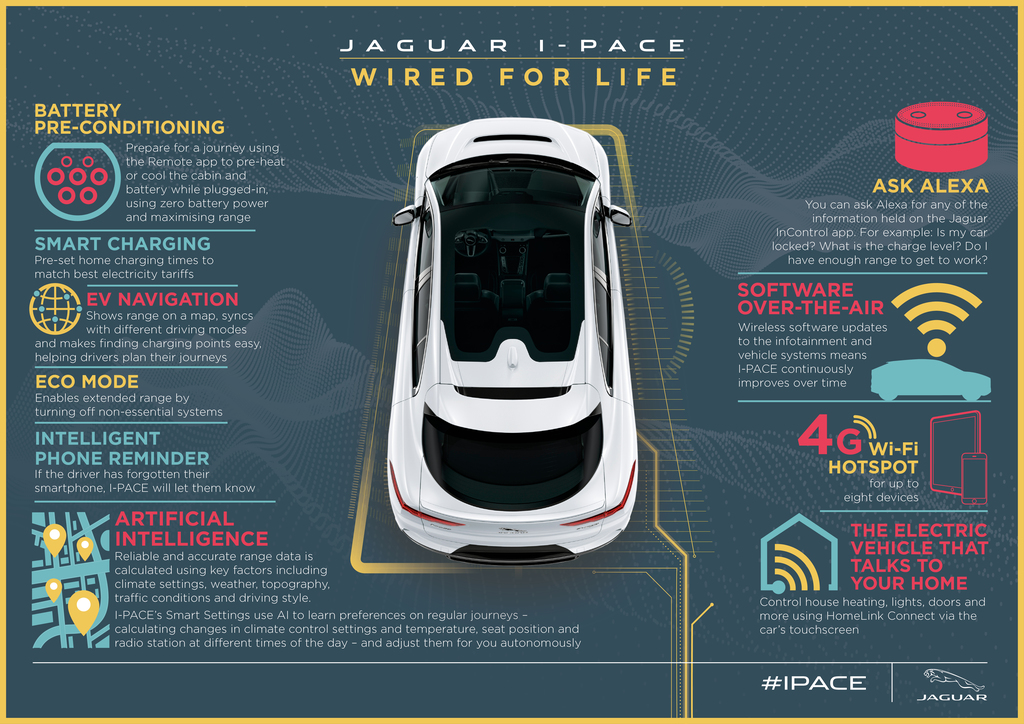 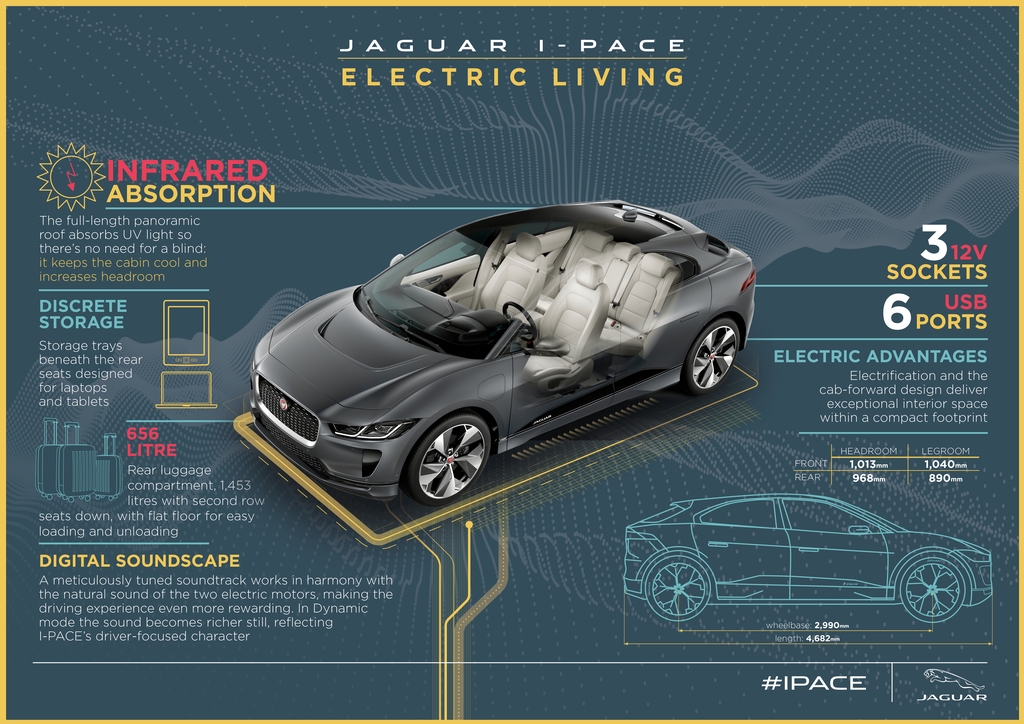 The I-Pace has an impressive list of amenities for its passengers.  It also carries some rather smart technology underneath its pretty body. 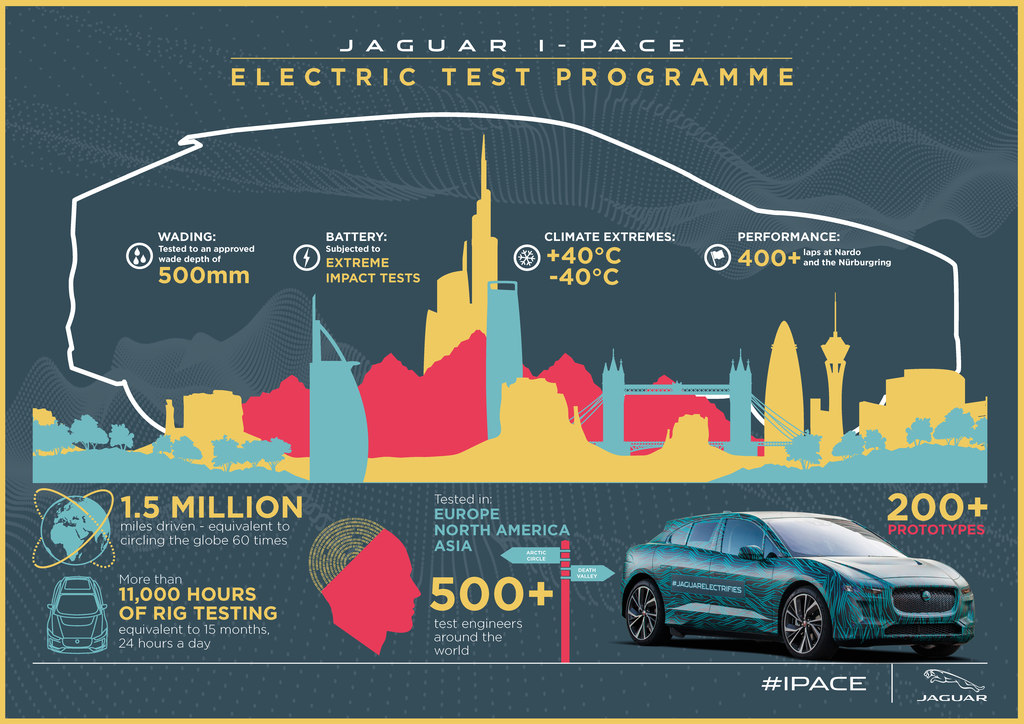 Jaguar is surely committed to quality.

The numbers from their test programs is staggering.  From battery tests to performance tests to extreme environmental tests.  Jaguar has left no stone unturned into making sure the I-PACE exceeds expectations in the Electric Vehicle segment.

I-PACE, We Are Looking Out For You.

We think it is fair to say Electric Vehicles have never been so emotional or thrilling as Jaguar has presented it through the I-PACE.  It displays the aggressive looks of a proper Jaguar and boast a ton of tech and amenities to please drivers and passengers alike.  Some may seem geeky and unnecessary or rather irrelevant but we are eager to see bless Mauritian roads sometime in 2019.

Sign Up For Our Newsletter & Get Notified About Our Quarterly Round-Ups, Events, Promotions & Giveaways